Responding to Self-Harm in Schools 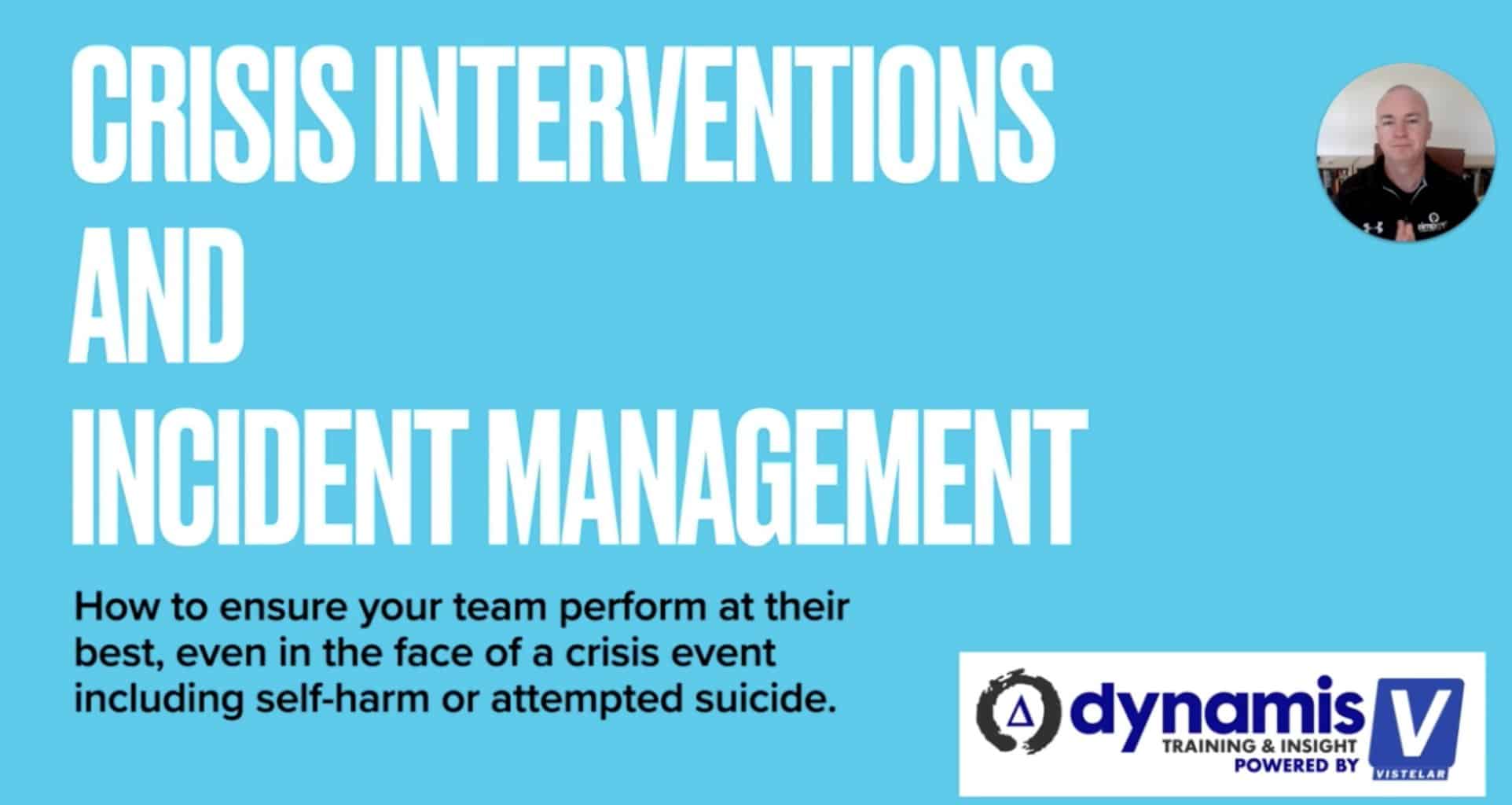 Talk with our Training Advisor >
Call to Talk about Training

Develop your team's ability to work in concert, when faced with a crisis.

We train your team using a blended approach - online self-paced learning for them in their own time, THEN we visit with you in-person for an intensive 6-hour training experience which is scenario-driven by the specific issues you face as a school.

Our  training covers a variety of the most common scenarios which staff in school face when they must deal with self-harm or suicide-attempt behaviour, and gives straight answers to frequently asked questions.

Is your organisation and its staff team ready to respond professionally to an emergency situation caused by suicide or an attempted suicide?

This is a case-study and self-evaluation tool for senior leaders: preparing your organisation and your people to respond effectively and keep everyone safe.

In response to a project Dynamis carried out last year with unique requirements involving crisis intervention and incident management, we recruited a former Team Leader to help us with issues around interventions in school contexts.

This experienced professional told us the story of one attempted suicide she and her team responded to at a UK boarding school one dark and rainy night only a few years ago.

The narrative which follows, and its associated checklist questions, are offered to be provocative for your team in generating policies and procedures, seeking appropriate training for your team and overall, keeping everyone safe in your school.

Here is our Team Leader’s story.  Names have been changed to protect those involved.

“As Team Leader, I led a school’s boarding team for five years.  I was responsible to the Head for the care and support of around eighty girls and young women aged between 11 and 18 years old, and the leadership of the staff team who looked after them.

In five years, my team and I managed four attempted suicides.

One was a ‘stand-alone’ event, but the other three were clustered together, occurring within a six-week window.  This story looks at the first of that cluster of three.  It poses questions to senior leaders of schools (or comparable organisations) to support them in preparing for a suicide attempt and planning effective responses.

Our staff team was small.  I was on duty on five out of seven evenings.  When I was off, my deputy assumed overall responsibility for operations.  Two additional boarding staff on duty were supported by three young ‘Gap’ volunteers.  We all carried radios throughout our shifts - it was the easiest way to communicate in real-time across a sprawling school campus and large boarding houses.

We did not have a process in our Staff handbook or our Critical Incident Handbook about what to do in the event of an attempted suicide.  There had been some learning following this first incident, but for a variety of reasons we hadn't formalised that learning into policy and procedures that the team could use.

Having a pre-planned and practiced response, ensuring that your team understand and can execute it - even if it is imperfect - is the most important thing I learned from what unfolded that night.”

If the worst was to happen, how well do you think your organisation would score *right now*, on a scale of 1-10, in managing a suicide or an attempted suicide?  Why that score?

Does your organisation have a risk-assessment and known policies and procedures for suicide/attempted suicide?  Are you and the team familiar with them?  Where would you find these, where are they kept?  Who has responsibility for them and how are they reviewed?  Are they supported by training for key staff ‘on the ground’?

What form does existing training take and how regularly is it undertaken?  How does training and practice of staff influence the review of policy and procedures?  What improvements does the organisation need to make to affect positive change that will ultimately help keep people safe?

If your organisation doesn’t have policies or procedures in place, what does leadership need to bear in mind as they make plans to address this?  Who will need to be involved in their formation and subsequent training and implementation?  What specialist support might be required?

“Experience is something you get, 3 minutes after you needed it”

What challenges will we face as a team?

How should we communicate with each other, with the children/young people and with others?

What procedures should we put in place NOW to prepare to respond appropriately?

What specific risks will require us to have pre-planned and practiced responses? 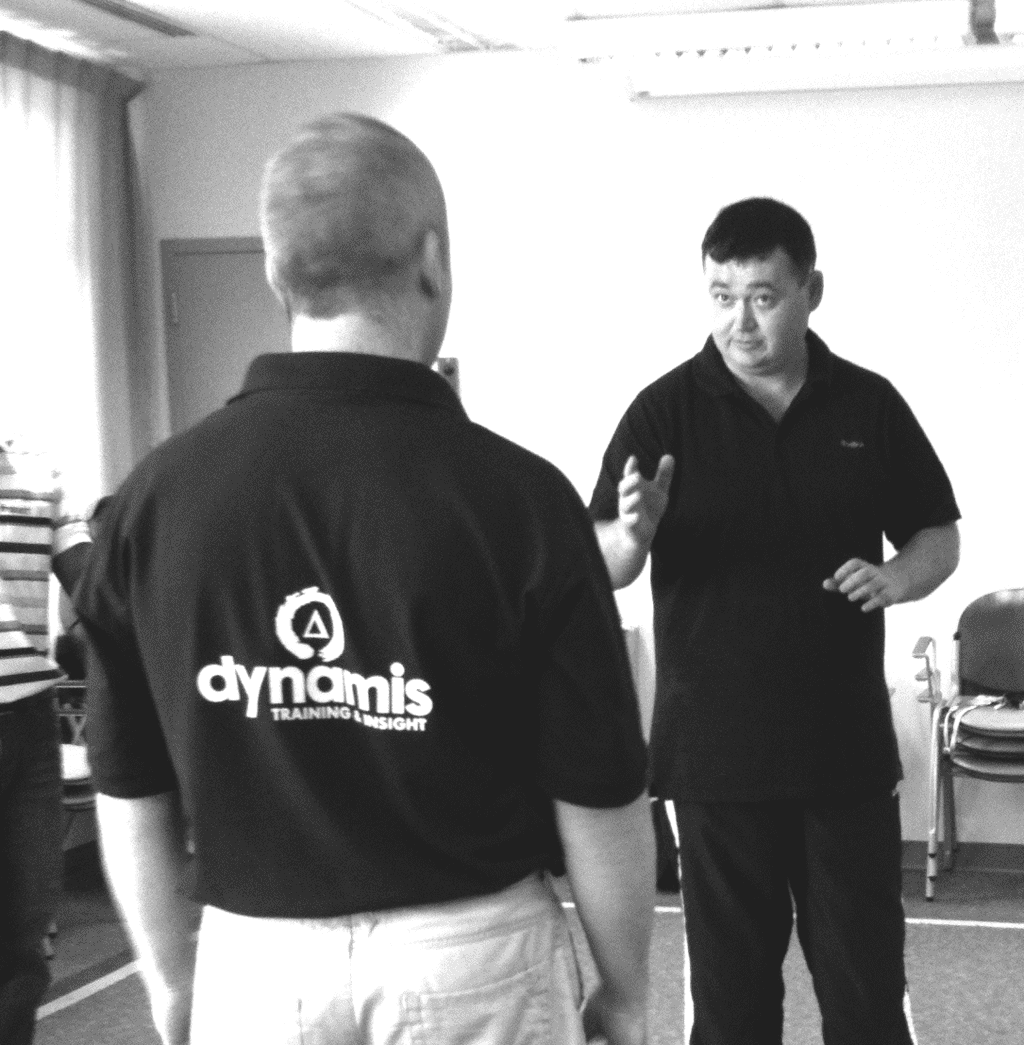 Sign up here to get instant access to our free guide about Crisis Interventions and Self Harm in Schools. 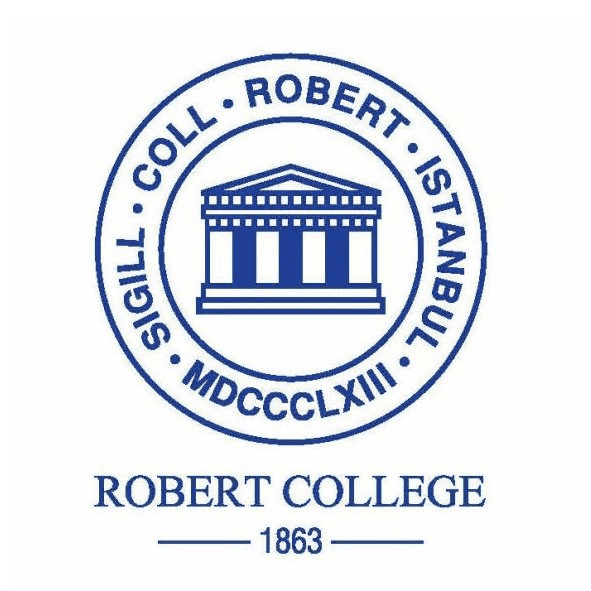 "We had an SLT review today of the training and everyone was so grateful.  If you ever want a school to reference your work, I would be glad to do so". “It would benefit all student facing staff. Very helpful and useful information, and very dynamic approach.”

Welcome to our Crisis Intervention training offering, which we developed in 2021 to represent the cutting-edge of crisis response training for schools who work with emotionally disturbed children and young people who may self-harm while in your organisation's care.

Our values include treating every person with dignity by showing them respect and making it safer for everyone, verbally wherever we can and physically only if we must.

I hope you will explore the different options we have created for you to access our cutting-edge courses, offering you the very best quality training and advice for your team who look after the most vulnerable children in our communities.

As a pioneer in using online training for crisis interventions we understand how to get the best out of this format, for your busy school and your in-demand staff!

Uniquely flexible to your needs

With no less than 5 different formats for each course we deliver, we work hard to fit into your schedule, your budget and your work - your partner in behaviour management and crisis interventions with young people.

Through our collaboration with Loughborough University faculty, we design and deliver training which has the highest degree of transfer to your working environment.

Through our partnership with NATP we are committed to being trauma-aware as a team and our problem-solving approach recognises 'all behaviour has meaning'.

Your staff need skills and knowledge which will help you with YOUR specific behaviours, so our approach is focused on solving YOUR  issues. See SCENA for more information.

Call to Talk about Training

Treating with Dignity by Showing Respect

We are an Institute of Conflict Management (ICM) Quality Award Centre (#2201) for the delivery of conflict and interventions training.

We achieve this using a robust  decision-making framework based on all the relevant legislation and National Guidance, coupled with a comprehensive system of Crisis Intervention for working with children whose behaviour might harm themselves or others.

Your staff are guided through key decision-making factors which are fundamental to good practice in the area of Crisis Interventions. An Online Learning component may be particularly helpful for schools who have limited time or resources for cover.

… WITH A SCENARIO-LED TRAINING EXPERIENCE…

Our trainer will then lead your staff through the verbal models for conflict communications and the teamwork aspects they may need at the higher levels of risk in practical sessions where repetition and embedding the skills is our aim.

The Learning Outcomes for our Crisis Intervention Courses

Your staff will explore and develop an understanding of:

Health and Safety provisions for managing safety in the school workplace (Duty of Care).

Communications and Crisis Intervention Principles for Common Scenarios of Self-Harming or Crisis Behaviours in Schools.

Practical risk-reduction to protect and safeguard school staff and their children during crisis moments.

Importance of Positive Behaviour Support plans and Emergency Response protocols for staff to communicate with each other, with students, with parents and with other professionals.

The risks inherent in crisis interventions with emotionally disturbed persons and how to reduce or avoid them.

Call to Talk about Training

We monitor thousands of learner surveys each year to help with our quality assurance processes through the ICM.  Here are some of the recent statistics about our courses.

Our client and learner satisfaction surveys have consistently been extrmely positive, even as we have grown to be an ever-more popular provider of Positive Handling and De-Escalation training.  Watch the video to learn about our most recent results!

Dynamis is a Quality Award Centre with the ICM, a recognised accrediting body in the U.K. for workplace training in the prevention and management of workplace violence, assuring you of our quality and commitment to standards. Dynamis is the premier European Partner for Vistelar, a global consulting organisation covering training across the entire spectrum of human conflict. Vistelar's methodology stretches back over 25 years in successfully resolving conflict. Dynamis employs SCENA - a cutting-edge approach to training design and delivery which is scenario-driven and task-focussed, making your scenarios into the curriculum, ensuring that your training meets the needs of your staff and the children you look after.